Thanks to Those Who Have Donated So Far

Placeholder Text -- will be replaced by the actual body. 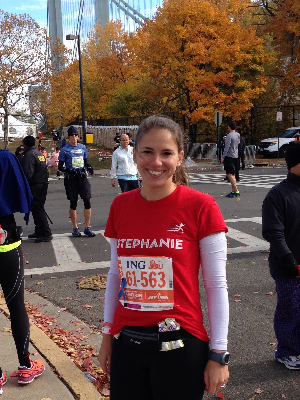 I am so excited to have been accepted into the Miles for Miracles program to run the 2023 Boston Marathon. 10 years ago I set a goal to run the New York City Marathon in honor of my 30th birthday. Due to Hurricane Sandy it was cancelled for the first time in its history. I took up training for a second year in a row and completed New York in 2013. At that time I said I wanted to run Boston for my 40th. Fast forward 10 years and this year as runners took the roads in April - with October 2nd fast approaching - I realized "this is the year already!" But in all seriousness each year I watch the runners and remember the feeling of crossing that finish line. I was so excited at the prospect of doing something great for a charity that means so much to me.

Some may know my history with Boston Children's Hospital and others may not. 5 years ago while we were waiting for our youngest son, Devin to arrive we learned that he had a complication with his kidney. The team at children's were beyond helpful in preparing me for what was to come. I was in the care of the best team and never once worried as I was prepared for his arrival. Once he was born we learned the course of treatment. At 11 months old he had surgery to remove a blockage from his kidney to his bladder. At 18 months he had surgery for an unrelated issue and got ear tubes. And on the day I applied to join this marathon program we spent the night in the ER with croup. Each time Devin has been in their care there is a sense of relief knowing he is in good hands. We are so blessed, not only to live down the street from world class care, but also that his issues have been relatively routine. However, I know all too well that is not the case for so many children being treated. I am beyond thrilled to have the opportunity to raise on behalf of a hospital that does so much for so many.

I've joined the Miles for Miracles team because I believe so strongly in all the amazing things Boston Children's Hospital does for kids:

And the hospital doesn't just stop there. Boston Children's really understands the importance of training the next generation of top pediatricians and nurses, so they can continue to provide the best, most innovative care possible to kids.

Support me, and support the hospital! Please make a gift today.