Looking for a specific fundraiser?

Create or join an athletic fundraiser. 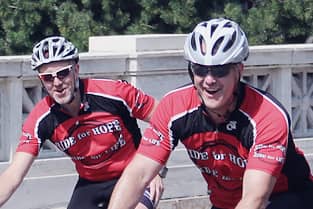 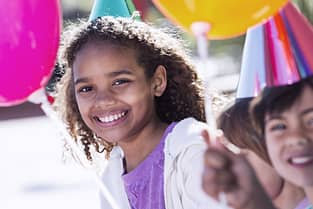 Whether virtual or in-person, host an upscale fundraiser. 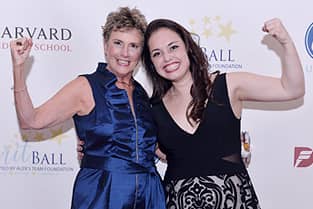 Fundraise any way you want. Let your imagination run wild.

Select an amount to donate:

Why I Fundraise For Boston Children'S 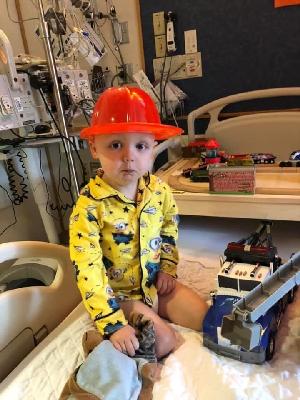 The adorably cute picture above is my incredibly awesome nephew Jase. Proud auntie alert so watch out! Jasie Jumping Bean, as he will correct the nurses and doctors during treatments and as his charts now say, is a pirate booty, nerd snackin, choclate milk drinking, train and truck lovin, bright eyed and smiling, neuroblastoma butt kickin, 3 year old patient at Boston Children’s Hospital. And if it wasn’t clear by my previous statement, Jase is the coolest. Seriously. I mean look at those minion pajamas?  I’m not even just saying it cause I’m his aunt. He’s Jasie Jumping Bean, the real JJ. Jase-E-boy. Need I go on?

Jase was diagnosed with neuroblastoma just 2 weeks after celebrating his 3rd birthday in December and underwent emergency brain surgery only a couple weeks later, just 2 days before Christmas. His quick recovery from the surgery was so outstanding, it even had the doctors and nurses referring to it as a miracle.  And it truly was, just as every positive result that has come Jase’s way during his treatment and care while at Boston Children’s Hospital.

Jase underwent another surgery this past week to remove the main tumor in his abdomen and remains at Boston Children’s Hospital, which he is getting quite used to. Jase and his mom and dad (my brother Josh and my sister in law Danielle) have found time to still have fun during Jase’s treatments and appointments – and if you’ve ever been to Boston Children’s Hospital, they are not lacking in fun! One of his favorite activities at the hospital, is to race the train food delivery trucks early in the morning, it is truly a site to see!  He is always looking for something fun to do, whether it’s building tracks for his trains, playing with his trucks, or painting on dads face with markers mom got! Toys and games are always a fun way to pass the time!

That is why I’m asking you to join me on Friday, April 17th for Big Family Game Night to raise money for Boston Children’s Hospital in honor of my incredibly cool nephew Jasie Jumping Bean and everything this amazing hospital and its caregivers have done and continue to do for him and his fight against neuroblastoma.  So, if whether you’re in the hospital like my nephew Jase or stuck at home quarantining (which I hope you’re all doing and staying safe to keep all the healthcare workers and my nephew safe!) grab a game and start playing! When’s the last time you played operation? Scrabble? Monopoly? Charades? What do you Meme? Cards against Humanity?

If you’re stuck in quarantine alone like me? Maybe now is the perfect time to create a Zoom game-night or download the Houseparty app and invite some friends to play! We all know you don’t have plans this Friday, so why not have plans for a cause! Join me and the most inspirational and bad ass little 3 year old Jasie Jumping Bean! Donate now and get gaming!